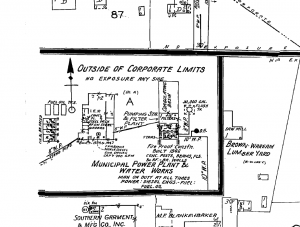 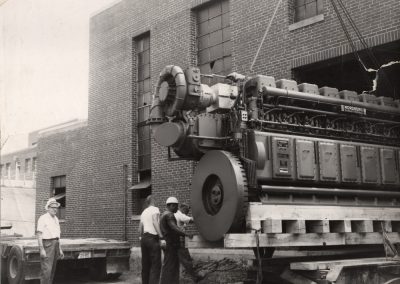 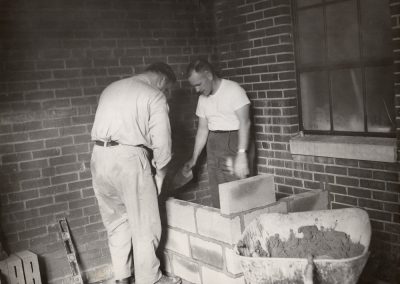 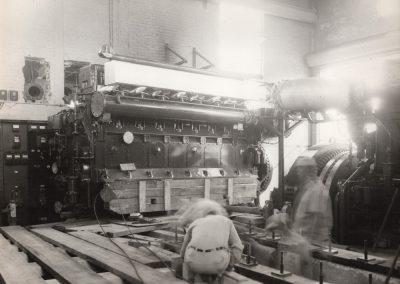 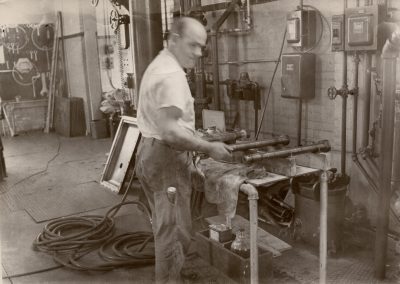 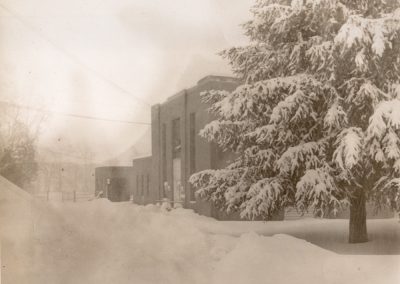 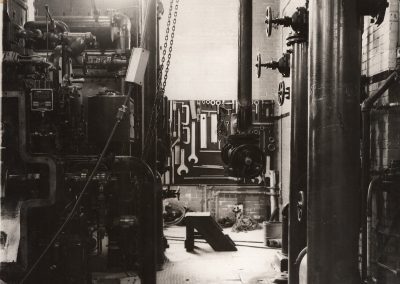 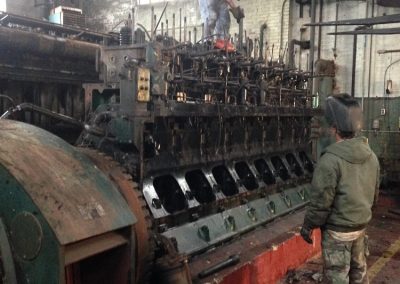 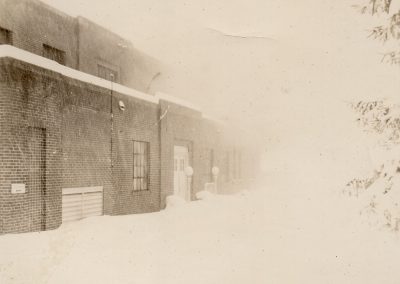 The Culpeper Municipal Electric Plant and Waterworks are comprised of two separate structures, both of which have a high level of physical and setting integrity. These buildings were purpose-built and represent a major point of evolution for Culpeper in establishing their own utility services.

The facility is associated with trends in municipal electric generation and distribution, and improved treatment of drinking water in rural America during the 20th century. Completed in 1934 to replace an older power plant, Culpeper’s Municipal Electric Plant was the first such facility funded with federal Public Works Administration (PWA) financing as part of President Franklin D. Roosevelt’s administration’s emphasis on rural electrification.

Culpeper’s plant proved to be an economical and efficient source of electric service. Within its first five years the new plant reduced consumer rates by approximately 10 percent and profited the Town. That success prompted other Virginia municipalities and utility companies to evaluate their rate structures and improve their services. With upgrades over the years, the Culpeper Municipal Electric Plant remained in operation until a new facility on a different site replaced it in 2006.

Both the electric plant and waterworks buildings exemplify the era’s Moderne style, as influenced by federal involvement. The PWA’s stringent oversight and regulatory standards for design, engineering, and construction shaped the Electric Plant. The Culpeper Waterworks building continued a federally standardized Moderne style into post-World War II. The red brick facing of both structures matches building materials used historically throughout Culpeper and visually softens the industrial nature of the buildings within their surrounding residential neighborhood.

Both buildings are being renovated into 22 upscale “loft-style” residences. The Culpeper Lofts project is being redeveloped by Echelon Resources, an experienced development team with a long history of success with adaptive reuse projects.  This project utilizes both federal and Virginia historic rehabilitation tax credits which require that any significant historic features be preserved and highlighted. The project plans are reviewed in detail and approved by both the Virginia Department of Historic Resources and the National Park Service, with regards to compliance with the U.S. Secretary of the Interior’s Standards for Rehabilitation.  Project delivery is expected in Fall 2019. For more information and tours, please Contact Us.

Highlights of the site history prior to this redevelopment project include:

The story of the newly-renovated Culpeper Lofts began in the early part of the last century! The historic Culpeper Power and Water Works buildings are comprised of 2 separate structures, the power plant (414 Spring Street) having been dedicated in July 1934 and the Water Works (410 Spring Street) in 1946. Through much planning and creative thinking (and hard work!) the buildings have been renovated into market-rate rental housing – studio and one-bedroom “loft-style” residences – known as Culpeper Lofts. The parking and grounds have also been revamped. The historic features were preserved and highlighted as this project utilized federal and state historic rehabilitation tax credits, so the redevelopment design was overseen by both the Virginia Department of Historic Resources and the federal National Park Service. These upscale apartments maintain many of their original historic features while offering polished concrete and hardwood floors, all-new appliances and systems, high ceilings, beautiful cabinets…and many other amazing features in this pet-friendly community. Come tour your next apartment home!

CULPEPER LOFTS IS THE EXCITING, HISTORIC APARTMENT HOME THAT YOU HAVE BEEN LOOKING FOR.

PICK OUT YOUR LOFT NOW